How to Reach Monopoli

Mini Guide to the Town

Originally a fishing village, Monopoli has recently become a popular destination for many tourist itineraries. It has a medieval historic centre with 9 churches and a maze of stone alleyways, a hundred districts named after ancient fortified farms, farmhouses, monasteries and rural churches, a lively fishing harbour that animates the town in the background with the colours of their boats and goiters, the monumental underground caves of Castellana, good food, rural landscapes, famous surroundings and the seabed of Capitolo, one of the most beautiful seas in the region.

Monopoli represents a mosaic of historical and natural beauties that we have collected in a mini-guide, to allow you to venture out and discover one of the most beautiful pages of Puglia. 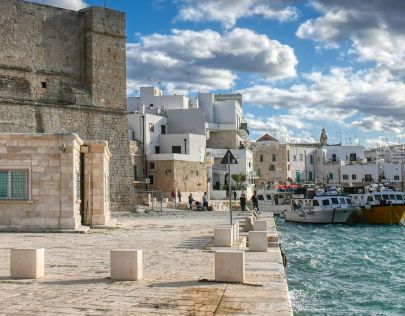 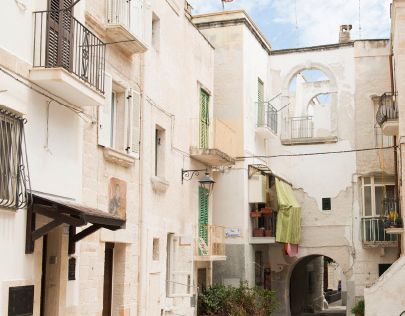 How to reach Monopoli

The historic centre of Monopoli is made up of a multitude of narrow streets, alleyways and small squares. Piazza Garibaldi, also known as the merchants' square due to the presence of small artisans' workshops, is the heart of the town. Here you can admire the Clock Tower Clock Tower bell tower and the “infamous column”, where in ancient times those who were subjected to public punishment were tied up, theChurch of SS. Apostles Peter and Paul, with the suggestive square in front of it and the numerous medieval churches scattered throughout the city centre. As you stroll through the streets of the village, pass by Via S. Vito to admire the whitewashed houses and the countless pots with prickly pear trees that colour them.

The Cathedral of Maria Santissima della Madia is located in the historic centre of Monopoli and its history dates back to 4500 BC. Built on top of a pre-existing Romanesque church, which in turn was built on top of a very ancient pagan temple, the Cathedral is currently in typical Apulian Baroque style, of which the façade and bell tower are shining examples. In the immediate vicinity of the cathedral are two other examples of Baroque-Renaissance architecture: the churches of San Domenico and San Francesco. 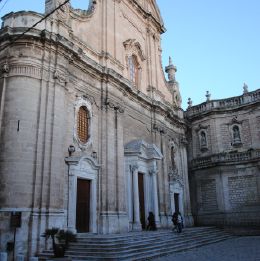 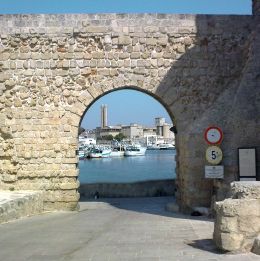 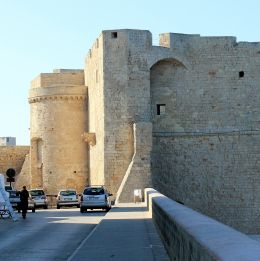 The old port is an integral part of the fabric of the town and bears witness to Monopoli's strong link with its sea. Photographed for the cover of Puglia in a New York Times article entitled 'Baroque and beaches in the heel of Italy', this lively, ancient port played a key role during the Spanish domination of the 16th century as a fortress against the Turks and is still one of the most important and active ports in the region.

The colourful fishermen's boats, the historic palaces built facing the sea to pay homage to it, Palazzo Martinelli dating back to the 18th century and very elegant with its white loggia with Venetian-style arches and the sounds that come clear from the historic centre, as if they had been amplified, make it an unmissable place on your itinerary. 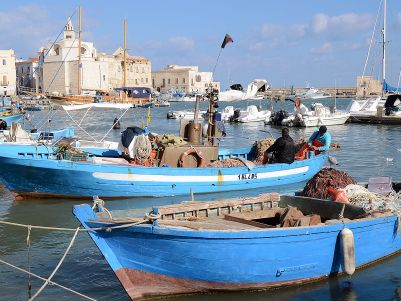 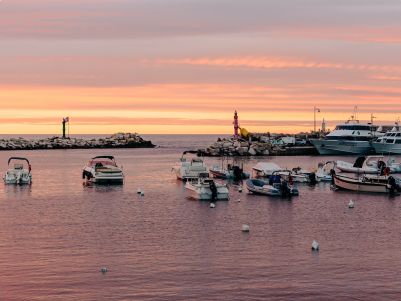 The Castellana Caves are the most important speleological complex in Italy. Located at the gateway to Valle d'Itria and formed in the Upper Cretaceous, around one hundred million years ago, they were discovered in 1938. To date, 3348 metres of underground karst galleries have been explored, reaching a depth of 122 metres from the surface. The first cavern to kick off the underground system is “La Grave”, followed by the impressive caves of “Cavernone dei Monumenti” e “La Cattedrale”, in which natural monuments such as the 'Madonnina delle Grotte', a small stalagmite so named because of its obvious resemblance to the Virgin Mary, can be imaginatively recognised. The "Grotta Bianca" is the last of the underground system: its visual richness and the whiteness of the alabaster that formed it make it the whitest cave in the world.

The gastronomy of Apulia is one of the greatest attractions of this incredible land: while exploring the territory of Apulia, it will be easy to be won over by the typical dishes of this area and by the products and dishes of ancient culinary traditions. Orecchiette with turnip tops and fresh tomatoes, spaghetti alla San Giovannino, friselle panzanelle, Bari focaccia, fried panzerotti, Altamura bread, Apulian olive oil, wines with extraordinary mineral notes, capocollo di Martina Franca, puccia leccese stuffed with horse meat: most Apulian specialities are simple dishes and still retain all the flavours and aromas of the countryside where they originated. 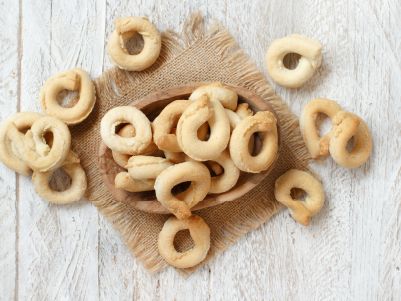 Among the most evocative excursions we recommend you try, don't miss Speleonight, the night-time speleological experience in the Castellana Caves, trekking on the sea, to visit one of the highest and most panoramic stretches of the Monopoli coastline, through the sheer cliffs and 12 caves along this stretch of coast, and the characteristic boat trips, venturing out to discover the Apulian sea, swimming and diving in the most beautiful bays in Puglia. 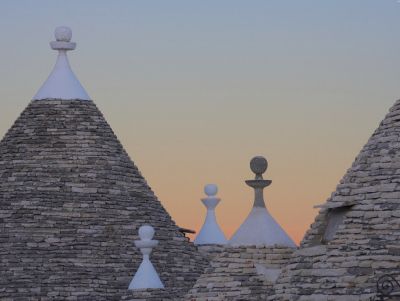 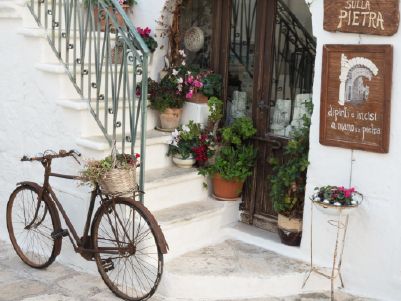 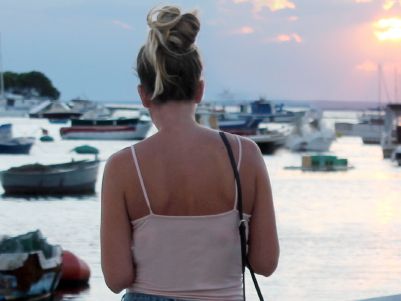